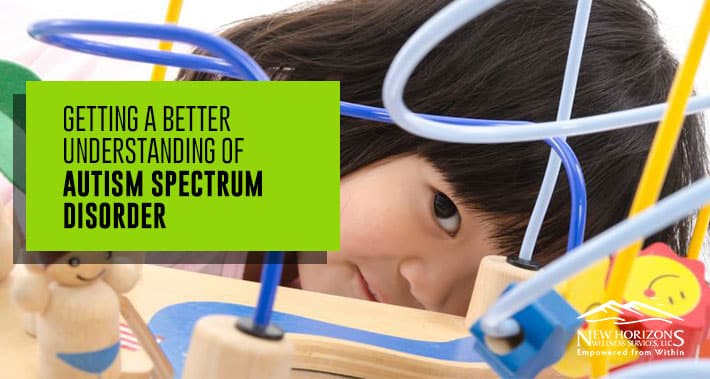 For parents of young children, getting a diagnosis of autism may be a scary thing.

What does this mean for your child’s development?

Will they be able to make friends with other kids?

How can you give your child the best chance to succeed with the challenges being “on the spectrum” will bring?

Today we’re going to have a closer look at what exactly autism is, and how interventions through occupational therapy for kids, speech therapy for kids, and social skills group exercises can help with your child’s development.

What Is Autism Spectrum Disorder?

What all of these conditions have in common, though, is issues related to social interaction and communication.

The American Psychiatric Association’s Diagnostic and Statistical Manual of Mental Disorders, most recently released as the DSM-5 in 2013, is used by many organizations, individuals and government to diagnose psychiatric disorders such as autism.

In the DSM-5, Autistic Disorder, Asperger’s Disorder and PDD-NOS are replaced by the diagnosis of Autism Spectrum Disorder.

Additionally, the DSM-5 also reduces social-related elements of autism into social communication impairment and repetitive/restricted behaviors, though the labels of Asperger’s and PDD-NOS are still in common use.

Individuals who fall on this spectrum generally have varying degrees of repetitive behavior patterns and a narrowed scope of activities and interests.

It’s not uncommon for people with ASD to also experience other conditions including anxiety and depression, attention deficit hyperactivity disorder (ADHD), and epilepsy.

Terminology: “Autistic,” “With Autism” and “Asperger’s”

People use different language when talking about autism.

Some prefer to say “a child with autism” because it emphasizes the child’s identity outside of their diagnosis.

This is commonly called “person-first” language and is often recommended as a respectful way to talk about disabilities and other health issues.

However, other people, including many autism activists, prefer to use the term “autistic.”

This is known as “identity-first” language.

Autistic self-advocates assert that being autistic is in fact part of who they are — just like other labels like Catholic, African-American, gifted, and so on.

They argue that saying “with autism” implies that autism is a negative thing that has happened to a person, rather than an integral part of their identity.

In this guide we use both “autistic” and “with autism” to acknowledge the diversity of opinions.

Some people also refer to their child having “Asperger’s disorder.”

That diagnosis is technically outdated, because in 2013 the Diagnostic and Statistical Manual of Mental Disorders (DSM-5) combined Asperger’s disorder into autism spectrum disorder.

However, many people do continue to use the term Asperger’s to describe autistic children who are typically without language or intellectual impairment, as do some who self-identify with the label Asperger’s disorder.

What Are The Symptoms Of Autism Spectrum Disorder?

Autism spectrum disorder (ASD) refers to a neurodevelopment disorder characterized by difficulties with social communication and social interaction and restricted and repetitive patterns in behaviors, interests, and activities.

In most cases, signs develop between one and two years of age, however, sometimes they show up before or after this period.

Here we will look at which signs to watch for in each category. 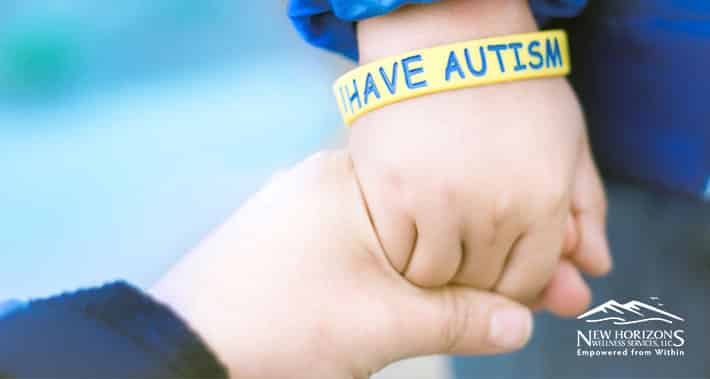 Repetitive and restrictive behavior patterns to watch for which could indicate autism spectrum disorder include:

In addition to behavioral symptoms, there are also communication and social issues which can arise in individuals with autism spectrum disorders.

There is no one known cause of ASD.

Some factors have been identified which increase the risk, and these can include:

Often there is a combination of environmental and genetic factors at play.

It should be noted that, contrary to the beliefs of many, there is no evidence of a link between vaccines and autism.

What Treatments Are There For Autism Spectrum Disorder?

There is currently no known cure for autism.

In fact, many autism advocacy groups push back against the idea of finding a cure in the first place, claiming they like who they are and aren’t interested in changing that.

However, treatments can help to lessen symptoms and allow people to live in a way such that their autism doesn’t interfere with everyday life.

These interventions may reduce symptoms, improve cognitive ability and daily living skills, and maximize the ability of the child to function and participate in the community

The differences in how ASD affects each person means that people with ASD have unique strengths and challenges in social communication, behavior, and cognitive ability.

One of the key signs of autism spectrum disorder is difficulty with communication.

Problems with communication – both verbal and non-verbal – can affect social interactions for individuals on the autism spectrum.

Speech therapy involves more than just helping a child learn to speak, it also involves developing skills such as holding a conversation, and reading non-verbal cues.

Goals of speech therapy for autism spectrum disorder may include:

Occupational therapy assesses and supports success for an individual’s interactions with their environment.

They can help autistic individuals work towards goals related to social interaction, classroom performance and other aspects of behavior.

An occupational therapist will look at how well a child completes age-appropriate tasks, such as dressing themselves, and note factors such as:

Based on observed information they can devise a program of treatment to help the child respond better to their environment.

The ultimate goal is to improve skills which can help improve quality of life and allow them to become independent.

Do you suspect your child may be on the autism spectrum?

Or perhaps you’ve already had a diagnosis and need some assistance with speech or occupational therapy to assist in building skills your child will need to live independently.

Our team includes qualified occupational therapists, psychologists and speech-language pathologists who will work with you and your child to reach your goals.

New Horizons Wellness Services, LLC
3.9
Based on 20 reviews
See all reviewsWrite a review
I recently took my son here for speech therapy. Our therapist, Mary, was fantastic and we are already seeing great progress! I’d recommend this clinic to everyone!

Nathaniel R.
My son has been receiving speech and OT services at this clinic. That staff is very helpful and polite. The therapists have been wonderful and the progress we've seen had been... incrediable. I would reccommened this clinic to anyone who is seeking therapy services.read more

Misbah B
The office staff is incredibly nice, helpful and informative. As a person of color, I appreciate their understanding of different cultures and would highly recommend NHWS to... anyone Looking for experience therapists good quality therapy.read more

Eureka K.
Melodie at NHWS is absolutely fantastic with helping my child (and myself) navigate challenges and equip them with tools to be successful.

Tara M.
Thank you! People working here have always been friendly and ready to help me. They are very professional. I am always really glad I decide to come to this office. It is also... helpful that the location is easy to find and has a large free parking area.read more

Carolyn J.
New Horizons Wellness Services is a family and employee-friendly place. My son received OT and Speech services here and the providers were outstanding. The skills he learned... helped him to build his confidence. He learned so many skills that have helped him succeed in school and at home. All of the providers are dedicated to their patients and are truly exceptional! The admin staff rocks too!read more

Kiri T.
New Horizon's Rocks! The staff here is amazing. Great location, just off I-5. I highly recommend this place!

Jagadesan J
I love the staff here. They are amazing; they are kind, patient and listen to your needs. I have known them for more than 3 years and have only had positive experiences to share.... I highly recommend them.read more

Mary R.
Thank you so much for the practictical tips, Melodie!