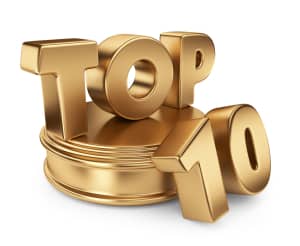 The following are Autism Speaks’ “Top Ten” 2014 stories in autism research based on readership and social media shares.

#1 New Meta-analysis Affirms No Association Between Vaccines and Autism

A meta-analysis of ten studies involving more than 1.2 million children affirmed that vaccines don’t cause autism. The analysis found that immunization with the measles-mumps-rubella (MMR) vaccine was associated with a slight decrease in risk.

Researchers found a common pattern of disruption in the prenatal brain development of children who had autism. Their study, supported in part by Autism Speaks, analyzed the donated post-mortem brain tissue of 11 children with autism and of 11 unaffected children. In 10 out of the 11 ASD cases, they found recurring patches of abnormal development in layers of the cerebral cortex that form during prenatal development. By contrast, they found these patches in just 1 of the 11 children unaffected by autism. The researchers propose that early intervention may help the brain “rewire” around these disturbed areas.

#3 MSSNG: Changing the Future of Autism with Open Science

This historic collaboration between Autism Speaks and Google is queueing up 10,000 anonymous autism genomes and making the data freely available for research anywhere, anytime. “We don’t know enough about autism. MSSNG is the search for the missing answers.”

In a small placebo-controlled trial, sulforaphane supplements eased autism symptoms in nearly half of 29 participants affected by autism. Experts called the results “promising” but cautioned that larger studies were needed to determine effectiveness and safety.

In a review of published studies, Princeton researchers said they found strong evidence that injury to the cerebellum during pregnancy or birth may be the leading nongenetic cause of autism. A small but crucial brain region, the cerebellum sits near the base of the skull and is best known for coordinating movement. During brain development, it plays a crucial role in directing cross wiring to other brain regions.

#6 Brain Study Suggests that Autism Involves Too Many Synapses

Researchers analyzing donated postmortem tissue from children affected by autism found that their brains had a significant surplus of connections between brain cells. These excess synapses appeared to result from a slowdown in the normal pruning process that occurs during brain development. The investigators then used a mouse model of autism to show that they could restore normal synaptic pruning and reduce autism-like behaviors with an experimental medication. They called for further research that might advance to a clinical trial involving people with autism.

Researchers linked a specific gene mutation to a newly identified subtype of autism. Experts hailed the finding as a crucial step toward using genomic testing to develop individualized treatments for autism spectrum disorder.

Another Autism Speaks “Baby Sibs” study found that even earlier differences in social attention – this time at 6 months – flag high risk for autism. The researchers called for the development and testing of very early interventions that engage at-risk babies in enjoyable activities that involve shared attention.

Researchers with the Autism Speaks Baby Sibling Research Consortium used eye-tracking technology to discover that babies who begin showing decreased interest in facial expressions at 8 months go on to develop more-severe autism symptoms by age 3. The authors expressed hope that this early red flag signaled an important window of opportunity for early intervention that improves outcomes.

The first meta-analysis of all peer-reviewed research on autism and gastrointestinal conditions showed that children with autism have four times the rate of GI problems as do other children. At the forefront of this research, Autism Speaks launched an unprecedented initiative funding major investigations into autism’s gut-brain connect.

New Horizons Wellness Services, LLC
3.9
Based on 21 reviews
See all reviewsWrite a review
Thank you so much for the practictical tips, Melodie!

Thirumala Krishnam R.
Thank you! People working here have always been friendly and ready to help me. They are very professional. I am always really glad I decide to come to this office. It is also... helpful that the location is easy to find and has a large free parking area.read more

Carolyn J.
New Horizon's Rocks! The staff here is amazing. Great location, just off I-5. I highly recommend this place!

Jagadesan J
I recently took my son here for speech therapy. Our therapist, Mary, was fantastic and we are already seeing great progress! I’d recommend this clinic to everyone!

Nathaniel R.
The office staff is incredibly nice, helpful and informative. As a person of color, I appreciate their understanding of different cultures and would highly recommend NHWS to... anyone Looking for experience therapists good quality therapy.read more

Eureka K.
New Horizons Wellness Services is a family and employee-friendly place. My son received OT and Speech services here and the providers were outstanding. The skills he learned... helped him to build his confidence. He learned so many skills that have helped him succeed in school and at home. All of the providers are dedicated to their patients and are truly exceptional! The admin staff rocks too!read more

Kiri T.
Melodie at NHWS is absolutely fantastic with helping my child (and myself) navigate challenges and equip them with tools to be successful.

Rachel K.
I love the staff here. They are amazing; they are kind, patient and listen to your needs. I have known them for more than 3 years and have only had positive experiences to share.... I highly recommend them.read more

Mary R.
My son has been receiving speech and OT services at this clinic. That staff is very helpful and polite. The therapists have been wonderful and the progress we've seen had been... incrediable. I would reccommened this clinic to anyone who is seeking therapy services.read more